As the owner of BéLashii Beauty Lounge I want to introduce myself a little to all of our current, past, and potential clients who have not had the chance to know me. It has been quite the journey building this business. Its been hard to say the least, working three jobs just to earn the money to expand into BéLashii Beauty Lounge and support a family on my own with little to no help from anyone. I literally took a skill and turned it into a business and have been growing in the right direction since. I've learned things about myself in this process, that had I never ventured out on my own I would of never learned. I think the two most important things I have learned would have to be learning what I am capable of and of course, patience.

In 2017 when I began building BéLashii in a state where lashes were at the time unregulated, I was more than just a lash artist, I was the clean up lady for all the bad lash jobs around town. This helped me up my lash game 10 fold, as I was hearing horror stories and seeing ladies with irreversible damage, bald eyelids, and clumping like crazy! Because of this, I decided that BéLashii wouldn't just be a bad ass lash spot, it would be the best lash spot in the twin cities! BéLashii offers some of the best lashes in Minnesota and I proudly stand true to that! With a technique unique to BéLashii, founded by myself, Amelia Kevan - our lashes are incomparable.

Everyone always asks me where I came up with the name. At first I wanted it to be 'Belashed' but quickly learned in my research that name was already being used and I wanted something original. Then, as I was sitting there with a pen and paper brainstorming, drawing up different things and doing some word play, it came to me! This was it - BéLashii.

It was funny because after I started using the name I did have one client that actually hated it and she wasn't shy about letting me know either! Every time she would come in she would say something about how it sounded like a stripper name and how she absolutely hated the double ii's at the end. I told her I did the double ii's at the end because the dots were going to be replaced with eyes with beautiful lashes. I couldn't just have one eye! So silly but I actually think she stopped coming to me because it bothered her that much. Guess you cant win them all!

After coming up with the name, I kept pondering on what it should mean since the only belashi I could find was a meat pie in Russia. This is what I came up with....

Have you ever seen someone who has eyes that are so deep, so beautiful, that you cannot stop staring at them. Like they are hypnotizing you and you just cannot look away? Or ever stared at someone's lashes wondering if they are real or fake and cant stop looking at them? That is the best way for me to describe it.

Leave them caught up in BéLashii with your very own customized eyelash extensions from BéLashii Beauty Lounge. 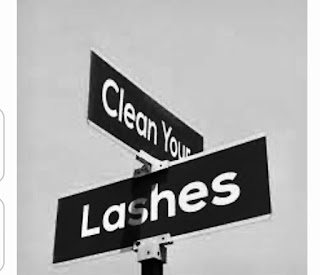